It’s Time to Listen to Japan on Whaling

Eugene Lapointe is the president of the IWMC World Conservation Trust and a former secretary-general of CITES.
Share this

Members of the Scientific Committee of the International Whaling Commission (IWC) will begin 2015 by reviewing a new proposed research plan for an Antarctic whale research program, known as NeWReP-A, under which Japan will gather evidence to demonstrate that future commercial harvests of minke whales can be conducted sustainably.

While the abundance of the Antarctic minke whale population today is not in doubt, the program will determine the key characteristics of the stock, including age composition and maturity. This provides a much more thorough and comprehensive picture of the stock than reliance on only sighting surveys and biopsy sampling.

Japan states that, “it is scientifically imperative to obtain an accurate understanding of the Antarctic marine ecosystem including its animals and their dynamics through collection, accumulation and analysis of scientific data.”

Still, if past experience is anything to go by, Japan is likely to face strong criticism from whaling opponents for its dietary choices. But if segments of Japan’s populace want to dine out on whale sashimi, why is it any of our business?

After all, Japan’s plans call for an annual take of just 333 minke whales over twelve years from a stock of 515,000. A high school student with no knowledge of sustainable yields could quickly ascertain that this will not have any adverse impact on the animals’ stock level.

Unless western societies discover some new high tech application for whale oil – the commodity that led to the destruction of whale stocks until crude oil saw daylight in Pennsylvania – the appetites of eskimos and a handful of other communities around the world represent the only direct human burden on whale numbers.

The IWC was born out of the first international treaty for fisheries management– the 1946 International Convention for the Regulation of Whaling (ICRW) – and today it serves no useful purpose. Today’s whaling, carried out by the United States, Russia, Canada, Greenland, Norway and Iceland, as well as Japan, is so limited that it can’t possibly have any adverse impact on whale stocks whether or not the IWC continues to exist.

Worse, the IWC became impotent the day it established a moratorium on commercial whaling, which needlessly remains in place more than thirty years later. A moratorium was never scientifically justified but its longevity has conveniently allowed industrial nations, including the United States, Australia and more than twenty european states, to burnish their supposed environmental credentials.

The IWC’s review of Japan’s proposal is only necessary because in March 2014 the International Court of Justice (ICJ) in The Hague found that Japan’s implementation of the previous program was “unreasonable”. But at least the judges confirmed that the objectives of the ICRW include the sustainable use of whale resources. Furthermore, the Judgment acknowledged that scientific research whaling is permitted under the ICRW.

Under a functional system of international governance, Japan’s new proposed research plans would be welcomed and they would pave the way for scientifically-based commercial catch limits.

But for those who wish to curtail our meat choices, removing whale dishes from western menus and meal tables stands as their only tangible success so far. Such progress cannot be placed at risk by a lack of sentiment. Active opposition will follow.

Tokyo hopes that IWC members will eventually bow to elementary mathematics and consent to a sustainable commercial hunt. Its research continues to demonstrate scientifically that minke whales can be harvested in a sustainable manner.

And with violent anti-whaling saboteurs now held to be in contempt of a Ninth Circuit Court injunction, the researchers may finally be able to carry out their work in safety.

Japan should be commended for its unequivocal commitment to ensuring that whales are not over- exploited again. But don’t hold your breath. 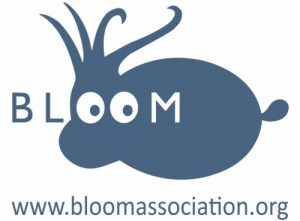 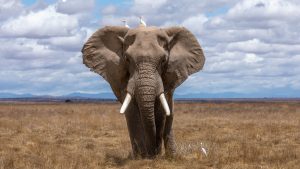 The five-year ban on the import of African elephant hunting trophies into the U.S. has

By CYRIL RAMAPHOSA. In November 2020 the activist group People for the Ethical Treatment of