Originally published in The Guardian. 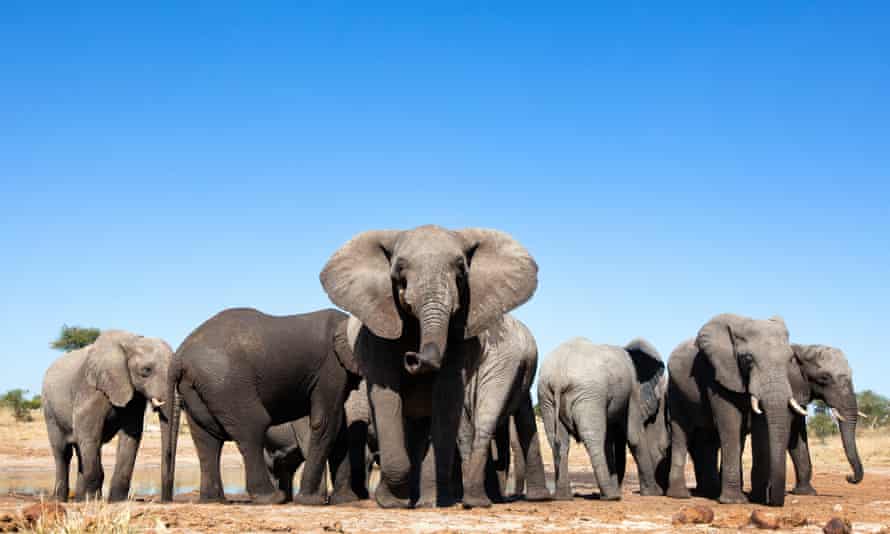 Namibia plans to auction 170 wild elephants because of drought and an increase in numbers bringing them into conflict with people.

Namibia has put 170 “high value” wild elephants up for sale due to drought and an increase in elephant numbers, the southern African country’s environmental ministry has said

An advertisement carried by the state-owned daily New Era said an increase in incidents of human-elephant conflict motivated the sale of the large mammal that is at risk of extinction due to poaching and ecological factors.

The ministry of environment, forestry and tourism said it would auction the animals to anyone in Namibia or abroad who could meet the strict criteria, which include quarantine facilities and a game-proof fence certificate for the property where the elephants will be kept.

Like several other African nations, Namibia is trying to strike a balance between protecting high-value species like elephants and rhinos, while managing the danger they pose when they encroach on areas of human habitation. Namibia’s conservation drive, which has seen its elephant population jump from around 7,500 in 1995 to 24,000 in 2019 according to government figures, has enjoyed international support.

But last year Namibia said it was considering withdrawing from the rules that govern the global trade in endangered species. This was after countries voted during a Convention on International Trade in Endangered Species (CITES) meeting to reject proposals to relax restrictions on hunting and exporting its white rhinos.

The country wants to allow more trophy hunting and the export of live animals, arguing that the funds it would raise would help it to protect the species.

In October it put 70 female and 30 male buffalos from Waterberg Plateau Park in central Namibia up for sale in a bid to ease pressure on grazing land.

The arid southern African nation also auctioned 1,000 animals from national parks, including 500 buffalos in 2019 as it faced the worst drought in a century.

Association of Zoos and Aquariums

USA Founded in 1924, the Association of Zoos and Aquariums (AZA) is an independent accrediting

In 1906, the Wildlife Conservation Society (WCS) put an African man on display in Bronx Zoo’s Monkey House. In 1918 one of WCS’s founding fathers, Madison Grant, published Passing of the Great Race, which Adolf Hitler referred to as his ‘Bible’. Another leading creator and early leader of WCS, Henry Fairfield Osborn Sr, was also a founder of the American Eugenics Society. His son headed WCS from 1940 to 1968, overseeing a series of major initiatives in Africa. There, WCS became one of the architects of the prohibition movement, which put wildlife for consumptive use and vast regions of land out of bounds to humanity. In 2020, WCS distanced itself in public from the racist views of Grant and Henry Fairfield Osborn Sr. But it has yet to issue a critical account of the legacy of Fairfield Osborn Jr, even though he led WCS into the modern era while sharing similar politically-inspired ecological goals to his father and Grant. WCS devotes considerable financial resources to influencing outcomes at CITES. WCS’s CEO reportedly earns USD$1,320,978.