When are tens of tonnes of humpback whale meat most welcome? After a volcano erupts, then rainfall turns ash slurry into mudslides, destroying crops, cutting electricity and water connections, closing airports and ports, forcing 20 000 of a country’s 100 000 population from their homes, that’s when.

On 9th April La Soufriere volcano on St Vincent Island erupted after being dormant for decades. Days later there were more explosions. As the rock, mineral, and glass particles stopped spewing, a tropical rainstorm caused more chaos. But then a humpback whale swam into view. It was promptly harpooned by indigenous West Indians of Bequia, aka Island of the Cloud, in St Vincent and the Grenadines (SVG), using the hunting techniques Herman Melville describes in Moby-Dick.

Herman Belmar, Deputy Director of Grenadines Affairs, reported that the news of the slaughter provoked ‘extreme jubilation’ among the beleaguered islanders. He added that:

“Despite the catastrophic setback in our country due to Dengue, Covid-19, the eruption of the La Soufrierre volcano, flooding, crushing mudslides and ash fall that destroyed more than two-thirds of our agriculture and fishing, the whalers persisted and brought a much-needed supply of protein food to our people.”

This fortuitous triumph was made possible by pro-whaling nations and, I’m proud to say, IWMC. Together we fought and won numerous battles at the International Whaling Commission (IWC) to preserve the right of indigenous and aboriginal communities to continue whaling for nutritional and cultural subsistence.

So, when I heard the news, I toasted nature’s bounty for the benefit of humanity. And wondered how my opponents in the anti-whaling lobby, such as the Animal Welfare Institute (AWI), felt about this glorious kill. It was, after all, AWI that led much of the opposition at IWC whenever there was a vote to set SVG’s Aboriginal Subsistence Whaling (ASW) quota.

As I shared champagne with my wife, we wondered whether AWI still thinks it matters whether the ‘cultural need for whaling, and the nutritional subsistence need for whales, must be substantiated just in respect of Bequians or the whole population of St Vincent and the Grenadines’. We questioned whether AWI remained shocked that SVG once wrote in its Needs Statement, ‘salted humpback meat and blubber were sold on St Vincent’ and ‘people come from the other islands to try to get some fresh whale meat’.

I felt the urge to write AWI a letter to ask whether they regretted saying at IWC64 that ‘SVG’s dietary preference did not equate to a nutritional subsistence need’. Or whether they were still shocked to learn from locals that the killing of a humpback whale on Bequia, ‘draws excited crowds of people to the whaling station to buy meat and to cut some off the whale for themselves’. (See AWI’s Humpback Whaling in Bequia, St Vincent and the Grenadines: The IWC’s Failed Responsibility).

Then I sobered up. It would be a waste of time, I fathomed, to write a letter to an incorrigible NGO. For decades AWI ignored the evidence of whale abundance and spread fake news about their imminent extinction. Like all the other animal activist NGOs, AWI places the preservation of all whales above the rights of the islanders of SVG. They especially hate what I admire most, commercial whalers, whaling nations and the courageous artisanal hunters on Bequia. My morals and AWI’s are irreconcilable. 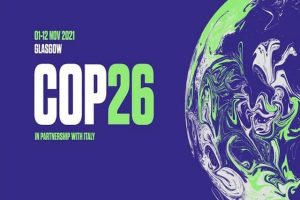 IWMC is pleased to have permission to publish Dr. Nikolas Sellheim‘s overview and comment on the Declaration on Forests and Land Use issued on 2

On the side of the hunter

Originally published in Wildlife. On behalf of the Boni people of Kenya, Daniel Stiles puts forward the case that traditional hunting can go hand in

Cambridge, UK TRAFFIC International (TRAFFIC) was established in 1976 by WWF and IUCN. Its mission is to ‘ensure that the trade in wild plants and