At CITES’ CoP-18 the assembled NGOs made sharks their iconic species of choice, knocking elephants off their number one spot. The question is, why did an ugly predator displace photogenic and speciously friendly elephants as the primary campaign pillar of animal rights activists?

Animal activist NGOs leapt for joy, stamped their feet and banged their desks, when parties voted to list the mako shark in Appendix II at CoP-18 in 2019, even though there are several tens of millions of them in the oceans and the FAO and CITES secretariat opposed the listing. This NGO success at CITES made commercial trade in mako, which was never significant, hard to continue.

Now, at the outset of the UN Decade of Ocean Science (2021 to 2030), conservation NGOs are beginning to focus more on the oceans than on the land. Not least because in future that is where most of the money is going to be made available to fill their coffers. To attract media attention, the conservation lobby is already skilled at making misleading claims about the imminent mass extinction of sharks. But sharks are not an end in themselves for the NGOs. They are merely a proxy used by campaigners intent on closing or hampering tuna and other fisheries.

The simple fact is that wherever there are tuna or shoals of fish, there are hungry sharks. It is neigh on impossible, even with the best technology, for sharks not to end up as bycatch. Mitigation is the best that can be hoped for. Hence if NGOs were to persuade CITES to put sharks off limits to commercial fishers, or to make it overly bureaucratic to catch them, more species than tuna would become an impractical, unprofitable business proposition.

This potential threat to the business of fishing is not trivial. Seafood is the world’s number one food commodity. One billion people rely on fish for their primary source of protein and more than three billion for at least 20 percent of their animal protein. Moreover, according to the PEW charitable trusts, there are 260 million marine fisheries jobs worldwide, millions of which would be jeopardised if the tuna industry was seriously disrupted.

Yet inspired by their ability to get the abundant shortfin and longfin mako listed in CITES’ appendices, animal activist NGOs are expected to feel confident enough to demand more at CoP-19 in July 2022. Namely, perhaps, the listing of all 400 species in appendix II.

The NGOs might, with some justification, cite whales as a precedent for the undiscriminating listing of all sharks. Because all whale species are already listed in appendix I, regardless of their population’s role, if any, in international trade. The fact that the listing of all whales twisted CITES out of shape (CITES was meant to be concerned exclusively with species threatened by trade) has not bothered the NGOs and the parties that support them.

So far, 46 sharks have been listed in CITES’ appendices, many of them without good justification. So how do the NGOs inform their increasingly successful campaigns?

Supposedly, one hundred million sharks (100,000,000) are killed every year by the fisheries industry. The first statement to this effect – at least as far as IWMC’s records show – was made by WWF at the 1996 IWC meeting in Aberdeen, when the NGO gave a five-year death-rate estimate (1990 – 1995). Since then, the claim has been repeated serially, especially by the The Pew Charitable Trusts (PEW), Oceana, Greenpeace and WWF.

So, we are being asked to believe that over a period of at least 30 years more than three billion sharks have been killed. Or to put this accusation in Oceana’s words ‘three sharks [are being] caught per second’ and ‘this number represents approximately seven percent [every year compared to an averaged rebound rate 4.9 percent] of all sharks in the ocean’. Which means they are saying that shark populations decline by just over two percent per year compound. (See New Report: 100 Million Sharks Are Killed Each Year.)

One report in a scientific journal, which Oceana relied on to back its claims, highlights the lack of precision behind the numbers like this:

Based on an analysis of average shark weights, this translates into a total annual mortality estimate of about 100 million sharks in 2000, and about 97 million sharks in 2010, with a total range of possible values between 63 and 273 million sharks per year.” (See Global catches, exploitation rates, and rebuilding options for sharks.)

However if the estimates of shark population declines (of more than two percent per year compound) are true, or even approximately so, where did the 100 million sharks harvested last year come from? How could it be that the fishing industry keeps sustaining the same capture rate for roughly the same effort every year? Because, as the FAO reports, the global take from capture fisheries has been more or less stable – give or take a few percentage points – since 1986. (see The State of World Fisheries and Aquaculture 2020, page 4.)

Could it be that harvesting of sharks every year is sustainable? Or could it be that the estimates of the massive decline in shark populations have no foundation in reality? Not quite.

There’s no doubt that some sharks species are under threat from trade, whether that be directly because they are targeted or because, more likely, they are caught accidentally as bycatch. This is a problem that regional fisheries management organisations, the FAO and the International Council for the Exploration of the Sea deal with daily when they devise and implement science-based mitigation policies and procedures.

Yet the animal rights NGOs and some so-called serious journals still refuse to moderate their rhetoric about the imminent mass extinction (a.k.a. numbers plucked from the air) of sharks. They have instead stepped up their demands for bigger no-take zones and for more sharks to be listed in CITES’ appendices, regardless of their abundance and any ongoing mitigation strategies.

The battle to keep most shark species out of CITES’ appendices is too important to lose. The bigger challenge is to delist from the appendices the likes of mako, a listing for which there was no justification other than to harass the fishing industry at the behest of campaigners who abhor the wildlife trade. 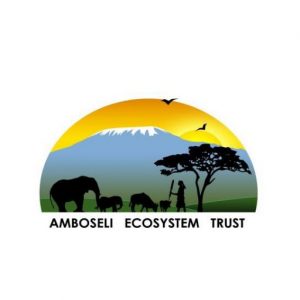 View PDF: The graphic in this PDF illustrates a contradiction. Illegality is a menace. Nobody but criminals supports illegal ivory traffickers. On the other hand,