IWMC is pleased to have permission to publish Dr. Nikolas Sellheim‘s overview and comment on the Declaration on Forests and Land Use issued on 2 November 2021 at COP26 of the UN Framework Convention on Climate Change (UNFCCC) in Glasgow, UK. This article first appeared on his online publication People, Livelihoods & Conservation.

On 2 November 2021 the 26th Conference of the Parties (COP) to the UN Framework Convention on Climate Change (UNFCCC) adopted the Glasgow Leaders’ Declaration on Forests and Land Use (here). 105 parties to the convention supported the declaration, which puts a strong focus on the conservation of forests and the rights of indigenous peoples. Numerous international media outlets have hailed this declaration as a ‘major outcome’ of COP26 and as an important step to halt and reverse forest loss by 2030 (here or here).

In this post I examine the declaration and aim to contextualise its contents in order to determine whether it is indeed a groundbreaking move towards conservation and sustainable use or whether the declaration is merely a drop in the water.

The importance of the worlds’ forests as a means to combat climate change has long been recognised, both in scholarship and in politics (e.g. here) while even before the adoption of the UNFCCC, the alarming rate of forest degradation led to attempts to negotiate an international forest convention at the 1992 Conference on Environment and Development (UNCED) in Rio de Janeiro. There, however, it showed that states are far away from finding consensus regarding the conservation and use of forest areas. As a consequence, merely the “Non-Legally Binding Authoritative Statement of Principles for a Global Consensus on the Management, Conservation and Sustainable Development of all Types of Forests” (Forest Principles, here) was adopted.

While the Forest Principles recognise the importance of forests in terms of environmental integrity and as a means of sustenance and livelihoods, the vague wording and the loose application render this document merely a statement of intent, but not a statement for action. This being said, over time, forests were dealt with in several fora, such as the Intergovernmental Forum on Forests or the United Nations Forum on Forests (UNFF). In 2015, the International Arrangement on Forests (IAF) was established, comprised of the UNFF and its Member States, the UNFF Secretariat, the Collaborative Partnership on Forests (CPF), the UNFF Global Forest Financing Facilitation Network (GFFFN), and the UNFF Trust Fund. The IAF aims to:

To strengthen the work of the IAF, the UN General Assembly (UNGA) adopted the UN Forest Instrument in 2016 to

Only one year later, the UNFF adopted the first UN Strategic Plan for Forests 2017-2030 and with it in 2018 the Global Forest Goals and Targets (GFGT).

The Strategic Plan and the Global Forest Goals and Targets

The Strategic Plan for Forests is a rather comprehensive document and outlines the general necessity to increase forest cover both in order to tackle climate change and for the benefit of the approximately 1.6 billion people (around 25% of the world’s population) that depend on forests. It underlines the importance of the GFGT and presents an implementation and financing plan with different responsibilities of the respective forest-related bodies of the UN.

The GFGT constitute the core of the Strategic Plan. While being voluntary, the goals serve as a tool to implement the aims of the IAF, to correspond to the Sustainable Development Goals (SDGs), to follow the Aichi Biodiversity Targets, and to implement forest-related issues of the Paris Agreement on Climate Change. The six overarching goals, to which specific sub-targets have been added, are as follows:

Goal 1: Reverse the loss of forest cover worldwide through sustainable forest management, including protection, restoration, afforestation and reforestation, and increase efforts to prevent forest degradation and contribute to the global effort of addressing climate change.

Goal 2: Enhance forest-based economic, social and environmental benefits, including by improving the livelihoods of forest-dependent people

Goal 4: Mobilize significantly increased, new and additional financial resources from all sources for the implementation of sustainable forest management and strengthen scientific and technical cooperation and partnerships

Goal 5: Promote governance frameworks to implement sustainable forest management, including through the United Nations forest instrument, and enhance the contribution of forests to the 2030 Agenda for Sustainable Development

Goal 6: Enhance cooperation, coordination, coherence and synergies on forest-related issues at all levels, including within the United Nations system and across member organizations of the Collaborative Partnership on Forests, as well as across sectors and relevant stakeholders

The Declaration on Forests and Land Use

With the above in mind, let us now turn to the recently adopted Glasgow Leaders’ Declaration on Forests and Land Use. As said in the Introduction, it is considered to be one of the first major outcomes of COP26, especially since the Declaration is underpinned by a pledge of £14 billion (approx. €16,5 billion) of public and private funds to be invested in forest restoration (here).

The main goals of the Declaration are:

105 countries support the Declaration, including the Russian Federation, Brazil, Canada, the US and China. These countries alone hold 54% of the world’s forests (here).

Brazil’s support for the Declaration is rather surprising. After all, the Bolsonaro administration has not shown great appreciation of the country’s Amazon forests, but instead has opened it up for mining and logging (here). It therefore remains to be seen whether or not Bolsonaro and a possible subsequent administration remain committed to the pledge.

Is the Declaration something special and a major step forward?

When taking a comprehensive look at existing biomes and the country’s committed to the pledge, a rather interesting map can be generated. Of the existing approximate 85 million square kilometres of biomes, around 66 million square kilometres are located in those countries supporting the Declaration, accounting for around 78% of the area. That would mean that in those countries not supporting the Declaration, around 22% of biomes are located, which constitutes a rather high percentage. To put it differently, almost a quarter of the biomes of the world are not considered under the Forests and Land Use Declaration by the parties to the UNFCCC. Does that mean they are unprotected?

This question can be answered rather easily: no. A close look at the existing protected areas of the world shows that even in those countries that are not supporters of the Declaration, large stretches of lands (and waters) are protected.

Especially in light of the international developments concerning forest conservation and restoration, the Declaration appears not to be revolutionary. After all, it is held in a very general tone and the commitments of its supporters are not made any clearer than in those documents presented above. To the contrary, comparing the Declaration with the Strategic Plan, it appears as if it is merely a toned-down and much more general version of it. Probably the major difference to the other documents and initiatives is, however, that now a concrete number concerning finances is being mentioned: 14 billion pounds.

While that may seem a lot, neither the document itself nor any other official documentation allows for a breakdown of this money, how it is being allocated and who will allocated it. Merely a document circulated by a UK official on Twitter allows for a better understanding: 12 donor countries provide $12 billion, $1,5 billion are provided by the Congo River Basin countries while ‘more billions’ will come from the private sector. $2 billion are to be allocated for indigenous peoples while the UK further provide £300 million for ‘ambitious countries like Colombia’ to protect their forests.

In his speech, British Prime Minister Boris Johnson highlighted that the current move is unprecedented since it also involves the private sector (here). A look at the Strategic Plan for Forests reveals that this has been a major element of forest restoration all along. In that sense, the Declaration is nothing new, but can – at best – be interpreted as documentation of potentially successful realisation of the Strategic Plan, at least in regard to securing funding. Whether or not this funding is sufficient, what this means in practice and, again, how this money is being allocated remains in the dark. The fear of indigenous organisations such as Survival International is that the pledge translates into increasing relocation of indigenous peoples in order to protect forests (here).

Given that ‘restoration’ and the focus on ecosystem services is not specified, it is possible that monocultures are a possible way forward as well. If this were the case, resilience and restoration would certainly be nothing but empty terms. Also the work relating to the SDGs as well as the work carried under other conventions and initiatives would be seriously impeded.

Another matter relates to the question how seriously this pledge can be taken. As an observer has remarked on Twitter, of the 11,700 observers present at COP26, merely 36 have been allowed inside the negotiating area. In how far they can therefore be considered recognised and their voices are being taken into account is certainly subject to interpretation.

#COP26 is turning into most exclusive COP over the past decade.
Observers are barred for now from any access to entire negotiating area despite so many reassurances from @COP26 and @UNFCCC Sec.
Even first days of Copenhagen compare better.
Here comes a short thread with context pic.twitter.com/9IhZIiWz0X— Sébastien Duyck 🌍⚖️ (@duycks) November 2, 2021 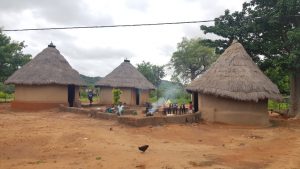 Makuya’s inspirational fight to save its hunting culture

Abstract: The community-based natural resources management (CBNRM) pro- gramme in Botswana was developed to facilitate a partnership between local communities and government for the conservation

Does the UN step up its game (again) to tackle illicit wildlife trade?