Eugene Lapointe accuses the EU of ignoring diplomatic protocol and resorting to cultural imperialism. He says it is exploiting the International Whaling Commission to force the Faroe Islands to abandon hunting cetaceans. But the Faroese islanders respect UN sustainability goals and are compliant with regional treaties that govern the responsible harvesting of whales.

An extraordinarily undiplomatic communique from the EU has been circulated to International Whaling Commission members. It calls upon the Faroese Government to immediately provide the same strict cetacean protection as the EU Member States. But the EU has neither a legal right nor a moral responsibility to tell the Faroe Islands, a decidedly non-EU autonomous territory of the Kingdom of Denmark, to stop hunting dolphins and whales.

But when it comes to appeasing the animal rights lobby, the EU, it seems, feels unburdened by protocols that otherwise compel it to respect other nations’ cultures and legal systems. The EU is waving its big stick at the Faroe Islands because last year’s one-day grind at Skalabotnur beach on the island of Ejsturoi corralled a record 1, 423 white-sided dolphins.

The scale of this spectacular event, with its transparent but humane and regulated killing of wriggling mammals, sparked outrage among squeamish animal rights activists. So, what’s new? Certainly not the accusation in the communique that the Faroe Islanders were observed using ‘cruelty’ and ‘torture’ in last year’s grind. As the EU statement itself acknowledges:

Even before this particular grind, grinds have been considered gruesome and unethical by parts of the civil society [they mean unaccountable NGOs] and by most of EU Member States.”

We should be thankful to the EU for forewarning us that no amount of regulatory measures short of prohibition will suffice. But saying this does not mean that we shouldn’t be concerned about what happened in the grind on 12 September 2021.

The size of the take was unprecedented. The previous record capture of white-sided dolphins in the Faroe Islands occurred in 2002. But back then it took ten drives (grinds) to capture 773, as opposed to just one to corral 1,423 in 2021. While the records of the captures of cetaceans date back to 1584, there are no recorded kills of white-sided dolphins before 1872; grind captures are accountable for state and church taxes, so records are detailed and most likely accurate.

Indeed, until the 1990s, white-sided dolphins were rarely caught. Partly because, unlike slow-moving pilot whales, they could easily out-pace rowing boats; islanders today use speedboats. Also, perhaps, until recently, there were not many white-sided dolphins swimming off-shore. Even in the past 20 years, the average take of dolphins was rarely higher than several hundred. In two years in that period none were caught at all.

Hence there is no doubt that the Faroe Islands’ sustenance and food security has traditionally depended upon pilot whales. It is this harvesting of the whales by the grind that formed the rugged character and mores that defines the Faroe Islanders’ culture. So much so that some local communities have never targeted dolphins. Some even vehemently oppose those that do.

But this internal national controversy does not give the EU the right to demand the prohibition of the grind or to issue naked threats in its communiques. Such as this:

…criticism over Faroe Islands whales and dolphin hunt will continue in the framework of the European Union and internationally [unless and until the Faroe Islands prohibit the grind].”

To its credit, before the EU made its undiplomatic intervention, the Faroese government announced its intention to reevaluate the grind. In the process it made some admirable points:

Faroe Islanders catch annually on average approximately 250 white-sided dolphins. But as with pilot whales, the number fluctuates from year to year. The Faroese catch of white-sided dolphins is also considered to be sustainable, based on the latest abundance estimate.” (see its statement)

How the Faroe Islands measure sustainability is worth mentioning. First, it respects the United Nations Sustainable Development Goal 14 – to conserve and sustainably use the oceans, seas and marine resources for sustainable development. Second, it works in partnership with the North Atlantic Marine Mammal Commission (NAMMCO). It is this regulatory body that calibrates fish and mammal stocks in the region, and which devises the conservation measures that scientists recommend that the Faroe Islands implement. Nobody is suggesting that the 2021 grind was not NAMMCO compliant.

Here’s the rub. The EU communique ignores the fact that the IWC is not responsible for governing or investigating small-cetacean-hunts in the Faroe Islands. Such matters are the preserve of NAMMCO and or Agreement on the Conservation of Small Cetaceans of the Baltic and North Seas (ASCOBANS), working with the Faroe Islands’ government.

What also annoys me is how the increasingly dysfunctional IWC gave the EU statement a prominent platform. It has not escaped my notice that there have been no Commission meetings for more than three years. Meanwhile, other international, regional fisheries management organizations have continued to do their job properly, including holding meetings.

But however sleepy and irrelevant the IWC has become, it remains ready to spring back to life at the behest of the EU when asked to condemn and traduce the Faroe Islands. This is a glaring example of a geo-political empire resorting to cultural imperialism to bully a small island nation state into submission.

The time has come, I say, for responsible nations to create a new global framework for the protection of cetaceans. Meanwhile, we should tell the EU and IWC to butt out of this matter and to trust the appropriate regional authorities to do their investigative work and make the appropriate recommendations. On a personal note, I say to the EU, long live the grind! 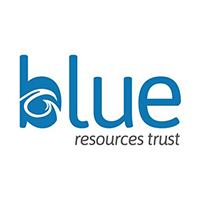 Prior to the early 20th century, vast biodiversity-rich areas of Africa, Asia and the Americas were managed mostly at the rural community level, even if