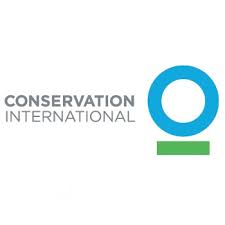 Conservation International (CI) was founded in 1987. Its driving force was Peter Seligmann, an ecological scientist, who began his career in 1976 at The Nature Conservancy. Today, CI operates in 70 countries, managed by an office network that it finances and staffs in two dozen countries.

According to Seligmann, what differentiates CI from other environmental NGOs is its founding principles: ‘fates of nations and communities lay in the hands of their citizens, not outsiders; the environmental community needs exceptional science; developing nations should not — and would not — place biodiversity conservation over their own economic well-being’.

Conservation International has secured major financial backers such as the Moore Foundation, Althelia Climate Fund , MacArthur Foundation, the World Bank, and many of the world’s largest companies. Some commentators refer to CI as the ‘multinational conservation corporation’ because they believe it has ‘sold out’ to major corporations. CI is also sometimes criticised for having an ‘ecological’ and ‘anthropocentric’ mindset. But such claims are not supported by the facts. For example, CI regularly persuades top celebrities to do mystical sounding nature first voiceovers. One example being on its brand campaign videos ‘Nature Is Speaking’, featuring Harrison Ford, Robert Redford, Julie Roberts and other big stars.

Signatories to EPI’s goals and mission are committed to closing domestic ivory markets and preserving the existing moratorium on international trade in ivory; ‘until the point at which African elephant populations are no longer threatened; and range states agree to put all stockpiles of ivory beyond economic use’. EPI opposes trophy hunting and refuses to acknowledge that Southern African countries should be governors of their own wildlife resources, especially when it comes to elephants, rhino and giraffes.

Conservation International proactively promotes the doubling of the area of the world’s oceans that is placed under permanent no-take protection rules. For example, CI created and funded Pacific Oceanscape, in association with 23 Pacific island nations and territories, which manage 10% of the world’s ocean surface. Through such initiatives, CI claims to ‘protect’ (from commercialisation and use for the benefit of humanity) more than 6 million square kilometers (3.75 million square miles) of land and sea.

Seligman claims that CI invented the concept of debt-for-nature swaps, which began on land and now, at the hands of The Nature Conservancy, embrace marine areas.

Peter Seligmann, Chairman of Board. The vice-chair is the actor Harrison Ford.

Chairman of the Executive Committee is Wesley G. Bush, director of General Motors and Cisco, former chairman and CEO of Northrop Grumman.