The founders of CITES – including IUCN – never intended the Convention to become deeply involved with the conservation of marine species. That explains why when CITES held its first Conference of the Parties in 1976, sharks were not an agenda item. It took until 2002 at CoP-12 in Santiago, Chile, before the first listing of sharks in CITES’ appendix II were successful. At CoP-12 the listings of the basking and whale sharks, neither of which were significant in international trade, were proposed on the basis that this was a one-off exception that would not set a precedent. But in reality this ‘exceptional’ inclusion in the appendices turned into an avalanche of listings that has so far smothered 46 species of sharks.

The fact is, besides mostly small boats fishing near-shore for sources of protein for local consumption, most sharks are not commercially fished but caught as unavoidable bycatch in longline and purse seine fisheries, especially for tuna.

For animal activist and welfare NGOs sharks have become a proxy in the battle to put a stop to tuna fishing, because wherever there are tuna, there are hungry, predatory sharks. While sharks themselves are not targeted by tuna fishing fleets, they do add some value when caught, especially to crews who sell shark meat and fins to make additional income. Furthermore, the claim to be concerned about preserving shark species provides NGOs with ammunition to promote their campaign to establish large-scale no-take marine protection zones.

The problem is that CITES is not the right regulatory body to conserve most shark species. Shark listings in CITES’ appendices has caused actual harm to conservation efforts being pursued by other more appropriate management authorities.

The proliferation of shark listings in CITES’ appendices has encouraged non-compliance with regulatory strictures and encouraged criminality. The harsh truth is that commercial fisheries and their Parties to CITES have limited capability to make the required non detrimental findings (NDFs) because there is scant region-wide assessments of shark stock. Hence, the mass listing of migratory shark species in CITES’ appendices has resulted in situations in which, as the FAO says, ‘previous trade ceases, trade continues without proper CITES documentation (i.e. illegal trade) and/or trade continues with inadequate NDFs’. In other words, poorly conceived and implemented listings in CITES’ appendices boosts illegal, unreported and unregulated fishing.

This retrograde regulatory environment undermines efforts by other management bodies to reduce shark finning and mortality by incentivising the live release of sharks in non-targeted fisheries. CITES’ involvement in shark conservation has also weakened regulatory regimes which rely on cooperation with fishers to improve data collection and capture techniques, which are designed to ensure that the industry entangles fewer sharks in the first place.

The controversy over the listing of sharks is an example of how CITES’ interest in the world’s oceans has embroiled it in a conflict with regional fisheries management organisations and, sometimes, the FAO, over the efficacy of listing numerous commercially fished marine species in its appendices.

The advocates for listing more and more sharks refuse to acknowledge that CITES’ conservation management framework was devised to conserve land species threatened by trade. In other words, CITES’ instruments are mostly not suitable for conserving marine species. This is perhaps the reason why it is so hard to discover any measurable conservation benefits from including sharks in CITES’ appendices, despite the fact that some species have been listed for almost twenty years. 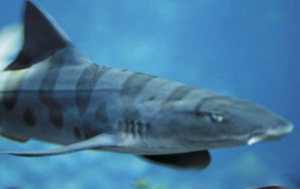 Sharks – Key facts Sharks have swum the oceans for around 250 million years, residing 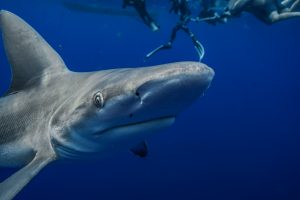 At CITES’ CoP-18 the assembled NGOs made sharks their iconic species of choice, knocking elephants 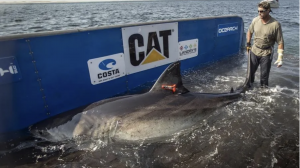 By Jim Waymer. Originally published on Florida Today. Sharks sink to the bottom dead, slaughtered only for

Tiger sharks will never be in danger of depletion, nor worse, under current fishing methods