The situation currently facing the International Whaling Commission lends itself to many different characterizations. There is some broad agreement that the Commission is at the edge of an abyss. But which abyss this is depends on who you speak to. There are several possibilities and they are markedly different to each other.

It is against this background that you, Mr. Chairman, have demonstrated great courage and leadership to move the IWC forward. I have had the privilege of leading a major global conservation institution for nine years and I am no stranger to the controversies that this brings, particularly when you challenge the status quo and entrenched interests and opinions.

I suspect you would be too modest to acknowledge your personal accomplishment in leading this initiative, which is substantial. I know that many NGOs are not enamored by this process and have been suspicious about where it might lead, but I would like to record my appreciation both for your dedication to saving the IWC and to the transparency you have attached to this process.

With all that said, of course, IWMC believes that the options that have evolved from the Small Working Group are not ideal. We believe that scientific research whaling is important and justified from a conservation point of view. It is lawful – the Convention is clear – and from a conservation perspective, as opposed to the prohibition one that others will give, it is a useful activity that establishes a critical depth of knowledge about current whale stocks that is necessary to set sustainable catch quotas.

We are concerned that the targeting of scientific research whaling by this institution could actually undermine wildlife conservation in general because it potentially surrenders the important principle that science should be used to manage wildlife stocks.

Nevertheless, IWMC hopes that this meeting will be able to take these discussions to the next step and establish clear choices for consideration in Madeira. Decisions made in Rome and in Madeira will be difficult. It seems that everybody is expecting everybody else to make the compromises and concessions. I urge all delegations to remain as open-minded as possible.

Mr. Chairman, we believe there are two imperatives at this stage of the reform process. The first is for delegates to understand and accept that what is under consideration here and in Madeira will be an important step for the IWC, but it will not represent a final settlement from which no further developments will ever be possible. We must keep these proposals in context. This is not an “all or nothing” situation. But progress in Madeira is necessary to re-establish the relevance of the IWC. An international body has to be relevant if it is to achieve anything.

Second, related to this, we need to recognize that the IWC will never operate properly until the moratorium problem has been overcome. Whatever is agreed in Rome and Madeira, this central problem will have to be tackled sooner rather than later if the IWC is to have a future.

The reform process has not yet succeeded in moving the IWC away from any of the abysses which threaten to consume it, but we remain hopeful that this may yet be achieved. We thank you, Mr. Chairman, for giving the IWC and all its delegates the opportunity to save the IWC. 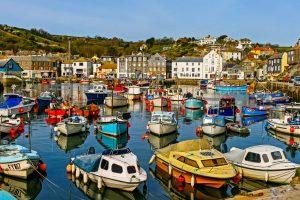 Fathoms: the unit by which depth is measured. 1 fathom = 1,82m = 6 feet. The title of the first book by Australian writer Rebecca