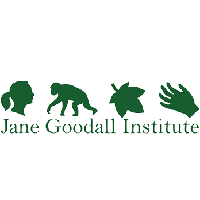 The eponymous Jane Goodall Institute (JGI) was founded in 1977 to protect chimps and their habitats. Today, JGI claims to have a presence in more than 30 countries and to employ more than 300 people.

Since its foundation JGI has pursued animal rights and related environmental and educational causes. But its most famous and, arguably, most prestigious project remains focused on the Gombe Stream Research Centre in Tanzania, which was founded more than 60 years ago to pursue Jane Goodall’s research into the lives of chimps. Her findings identified that ‘overpopulation’ (too many local people) constituted a major part of the problem facing chimps, as well as being the cause of poverty in the region. Hence Goodall concluded that in general population reduction, as opposed to ecologically harmful economic development, was essential in order to protect the natural world and combat poverty.

Jane Goodall is also a patron of the misanthropic Malthusian NGO Population Matters (formerly the Optimum Population Trust), where she sums up her worldview clearly:

It’s our population growth that underlies just about every single one of the problems that we’ve inflicted on the planet. If there were just a few of us, then the nasty things we do wouldn’t really matter and Mother Nature would take care of it — but there are so many of us.” (See Our Patrons and this video ‘explaining’ how there are too many people supposedly living in the developing world.)

According to Paul Ehrlich, another of Population Matters’ patrons, the optimal global population size would be somewhere between two billion to one and half billion people, as opposed to today’s almost eight billion. How exactly Goodall, Ehrlich and Population Matters might rid the world of around six billion people in the future is, to put it gently, the stuff of nightmare scenarios.

In 1991 JGI created Roots & Shoots in Tanzania, an initiative designed to connect and ’empower’ young people. Today, Roots & Shoots is organised into chapters in 60 countries in order to improve, in its words, ‘the world for communities, for animals and for the environment’ and to encourage the youth to ‘be like Jane’.

In 2013 JGI created the Jane Goodall Institute Global (JGIG), which is based in the UK, whose purpose is to, according to its website, ‘bring the different JGI chapters and offices together for cohesive, efficient and effective community conservation across the world’.

In 2013, The New York Times and Washington Post exposed how twelve sections of Jane Goodall’s book Seeds of Hope, which they had been invited to review ahead of publication, had been lifted verbatim from third party websites. According to the Daily Beast, Goodall was also accused of presenting interview quotes given to other journalists as if they had been said to her. The publisher postponed the book launch to make corrections.

However, the Daily Beast reporter Michael Moynihan discovered when he read the published book that there were many more instances of plagiarism that had remained undiscovered by The New York Times, Washington Post and Goodall’s fact-checking publisher.

Large Global Board of Trustees chaired by Patrick van Veen. And in the USA there’s a Board chaired by Steve Woodruff. Furthermore the UK arm of the JGI has its own Board led by Goodall, who sits on all three boards.