NEWS & UPDATES
Share this
Image: Seals resting from the ocean.

It saddens me to see that you have bought into the vicious propaganda of the animal rights corporations and have both financially and verbally supported their attacks on the lives of thousands of rural Canadians whose sealing contributes a part of their annual livelihoods People whose earnings to support their families are derived from a number of activities which include farming, fishing, logging and other rural activities as well as sealing. They rarely have salaries and it is the sum total of these earnings that allow them to live in their communities and support their families.

The population of the seals we kill are not now nor ever have been listed on any reputable list of threatened or endangered species. The Harp seal population has more than tripled to about 7.5 million animals in slightly over 4 decades. None of the other seal species hunted in Canada are either threatened or endangered and all populations are growing. All the seals we kill are fully weaned and independent of their dames. Yes, some are young but that is an anthropomorphic construct beloved of urbanites but meaningless in nature. Seals are not helicopter parents. We use everything we can from the seals we kill and what we cannot use we leave on the ice or in the water to return to the eco system as food for birds, fish, and crustaceans. We are so green Kermit would blush.

It saddens me because as a gay person you undoubtably suffered from the outrageous propaganda that is employed against all gay people as they grow though childhood to adulthood. I would have hoped that this experience would have made you more sensitive to the dangers of propaganda and aware of the effects of it on people’s lives.

The propaganda aimed at gay people is no different in kind or intent than the propaganda aimed at sealers whether they be Canadian, American, Namibian, Russian, British or European, or whether they be Caucasian, African or Aboriginal. All of these people legally hunt seals. The only difference is in the content not in the intention, which is to hurt the recipient and to further a worldview that is not the view of the vast majority of society.

As a gay person you are no doubt aware that such propaganda, whether aimed at gays or sealers, is based in malicious mistruths (lies), misconstrued interpretations of scientific or religious texts, outrageous statements about these people’s alleged behaviour. It is a general presentation that portrays these people as being “bad” and thus worthy of condemnation by the propagandists and all “reasonable” people who are “enlightened” by the propaganda. Of course the subtext always is: please support us financially so

we can continue our campaign to marginalize or outlaw these people.

You may think that because you are a vegan that I would be against your animal free lifestyle but you would be wrong. I (we) accept that some people prefer to live a vegan lifestyle (including in my own family) and that is certainly their right. I certainly do not feel we have any right to tell you, or them, otherwise: it is your (their) right to make such a choice.

Conversely, it is our right to choose not to be vegan and to use the resources available to us to earn a living and feed our families.
It saddens me that as a victim of propaganda for being gay you are now becoming a victimizer by supporting a propaganda campaign, no different than the one you suffered, when you support corporations like HSUS, PETA and the rest of the animal rights alphabet. Animal rights is not animal welfare. It is not animal conservation.

I am sure we both agree that animal welfare is a very important aspect of a civilized society. To make a point: animal welfare on a personal level would be looking after the welfare of our own pets whereas animal rights is, according to these corporations, not owning a pet as that is slavery.

The fact that animal rights is a view held by a very small segment of western society explains why these animal rights corporations use their vast (hundreds of millions of dollars) financial resources and celebrity friends to target politicians in the USA, Canada, Russia, and the EU (and its individual member states) to ban our products and deny millions of citizens in all these countries their right to choose for themselves: completely anti democratic. If someone chooses a vegan lifestyle that is their right but when their fellow citizens are denied the right of choice though the actions of politicians co- opted by the money and propaganda of these animal rights corporations that is undemocratic in the extreme.

If the Indian Government ever changes the way gay people are treated in that country it would truly be worth a “tweet” but a meaningless ban of a product we do not sell them is hypocritical and merely a fundraising “tweet” for animal rights corporations by you.

PS: It might interest you to know that the city of St. John’s and the Province of Newfoundland and Labrador were the first governments in Canada to raise the “gay pride” flag on official buildings to support gay athletes at the Sochi games in light of the anti gay legislation put in place by the Russian government. 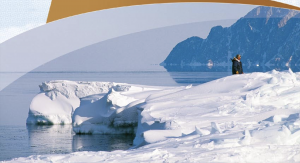