For the fifth year in a row, South Africa is set to record a grisly killing rate of more than 1,000 rhinos poached each year (nearly three rhinos each day).The latest statistics – the first official information released by government in six months – show that at least 529 rhinos have been killed by horn poachers nationwide between January and the end of June. Should this killing rate continue unchecked, the final death toll for the year is expected to reach over 1,050 rhinos – almost identical to last year. By TONY CARNIE.

At a media briefing in Cape Town on Monday, Environment Minister Edna Molewa said that compared to last year the number of rhino poached in the flagship Kruger National Park had decreased by 34% (243 animals in the first half of this year, compared to 534 in the same period last year).

But at a national level, the overall statistics show a very slight (2.5%) decrease compared to the first six months of last year – mainly due to a geographic displacement of poaching to other provinces, especially KwaZulu-Natal where about 140 rhinos have been killed so far this year.

“As we have always stated, these declining numbers do not mean we can proclaim victory. Nevertheless, the downward trend is being established, which is cause for cautious optimism,” she said.

Worryingly, Molewa also confirmed that 30 elephants have been poached in Kruger in the first six months of this year, compared to 46 for the whole of last year – pointing to a steady escalation in ivory poaching over the past four years following more than a decade of very low elephant poaching rates in South Africa.

“It is clear that more resources are required to address this challenge that we are experiencing in terms of both rhino and elephant poaching.”

Molewa also confirmed that KwaZulu-Natal was now implementing a new “intensive protection zone” strategy in the Hluhluwe-Imfolozi Park and other provincial rhino reserves.

While she did not provide specific details on the new strategy for KZN, intensive protection zone strategies in Kenya, Zimbabwe and Kruger have focused on “fortress protection” measures where animals are guarded more intensively in a central zone compared to the periphery of parks.

Internationally renowned rhino expert Dr Richard Emslie said that the latest poaching statistics were disappointing and indicative of continued strong demand for black-market rhino horns. However, the fact that poaching rates were no longer climbing rapidly was an indication that South Africa was “holding the fort” against determined criminal networks.

Emslie, a member of the Species Survival Commission of the International Union for the Conservation of Nature (IUCN), noted that the latest statistics were likely to reflect minimum poaching rates – since not all carcasses were likely to be found immediately in vast landscapes such as Kruger.

While the arrest of 359 alleged poachers so far this year was commendable, Emslie said closer collaboration with international law enforcement agencies was essential to track down horn syndicate leaders and traffickers.

“Unfortunately, the lower-level poachers can be replaced very quickly. The issue is what is happening with the big guys.”

According to Molewa, at least 15 rhino poaching cases had been finalised since early January, leading to the conviction of 22 criminals who were sentenced to a collective total of 95 years in jail.

“The co-ordinated efforts between the Directorate for Priority Crime Investigations, the South African Revenue Service and Customs, supported by the Environmental Management Inspectors are beginning to result in the dismantling of the trafficking networks,” she stated.

“We continue to look into the employment of new technological interventions, with the latest breakthrough being our home-grown mobile radar system which has the ability to cover hundreds of square kilometres to ensure early warning and assist with the night engagement of poacher groups.”

“During this week-long operation in South Africa 30 aircraft, 1,657 vehicles (including buses and trucks), 1,857 pieces of luggage and 632 people were searched. A total of 480 shipping containers were opened and inspected. The searches assisted in ensuring that our efforts are more visible and yielded results as indicated above.”

“We are not claiming victory; but we should celebrate successes even when they are small,” said Molewa. DM 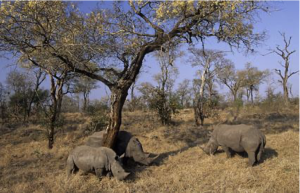 By Michael Eustace (Investment analyst) eustacem@global.co.za. The South African Cabinet, after a long process of

By Michael Eustace (Investment analyst) eustacem@global.co.za. “It is morally wrong to sell horn if it