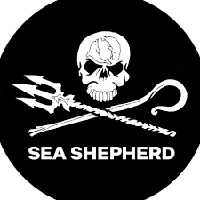 Founded in Canada and USA

At CITES’ meetings Sea Shepherd claims to be on the side of the angels in the fight between ‘good and evil’. On the side of ‘evil’, it believes, stand China and Japan, especially on the issue of sharks and their fins. But it directs most of its outrage against Japan because of the latter’s implacable support for responsible whaling. However in Netflix’s Seaspiracy, Sea Shepherd made plain that it opposes the commercial fishing industry in its entirety because ‘there is no sustainable fishery anywhere on the planet’: See: CITES – Victory of Good Over Evil and EcoWatch.

The Sea Shepherd Conservation Society (SSCS/Sea Shepherd) was launched in Vancouver in 1977. It was founded by Paul Watson, a former member of the Vancouver Liberation Front, after he was expelled from Greenpeace because he violated its non-violent principles. Among its original launch-team was Captain Jet Johnson, one of the co-founders of Greenpeace USA in 1975. The money to purchase the first of what became Sea Shepherd’s fleet of ships was donated by Cleveland Amory, the founder of the Fund for Animals, and a former WWF activist.

Sea Shepherd describes itself as an international conservation organisation. It says that the world must ‘address population growth and escalating consumption’ because ‘if you have a birth certificate, you are guilty of contributing to the destruction of the planet’. Sea Shepherd promotes veganism as ‘real conservation in action’ and claims that all commercial fisheries must be shut down. (See: Commentary by Captain Paul Watson, V Stands for Verity, Virtue, Valor, Validity and Veganism.)

Sea Shepherd also likes to boast about how its organisation engages in direct action to protect the marine environment from ‘illegal exploitation and environmental destruction’. In 1986 it scuttled two whaling ships in Iceland. At the time Watson told The New York Times: ‘Our organization has the full right to sink the whalers because Iceland is violating the [International Whaling Commission] moratorium.’

In 1993 a court in Oslo, Norway, convicted Paul Watson in absentia and sentenced him to 120 days for sinking a ship. A short spell in jail, according to Maclean’s, brought him to the attention of the likes of Pierce Brosnan and Jane Seymour, who campaigned for his release.

In 2013, a US court labelled Sea Shepherd a pirate organization for ramming Japanese whaling vessels, throwing bottles of acid onto their decks, launching smoke bombs and flares, dragging ropes to entangle propellers and pointing high-powered lasers at them (see: The Guardian’s Sea Shepherd conservation group declared ‘pirates’). In 2016, after being found in contempt, Sea Shepherd ultimately ceased its attacks, which had featured in the Animal Planet show “Whale Wars”, after a Permanent Injunction was entered against it, ordering it to abstain from this action indefinitely.

Today, Sea Shepherd operates a fleet of fourteen ships and several small vessels. Its flag ship is the M/Y Ocean Warrior, a custom-built, 54-metre long patrol ship that’s capable of doing 30 knots. Its fleet receives substantial donations to fund their operations from the privately organized European postcode lottery, which is run by Novamedia based in the Netherlands.

In recent years, Sea Shepherd has provided services to coastal states to create and police marine protection zones and to defend economic exclusion zones (EEZs) from illegal and unregulated fishing vessels. From the view point of poor countries with small navies, the chance to make use of Sea Shepherd’s military-grade, high-tech ships, which are professionally crewed and fully provisioned, has proved compelling.

This work probably helps fisheries at least in a small way. It certainly suits both parties in PR terms. In return for cooperating with Sea Shepherd, countries such as Benin, Costa Rica, Gabon, the Gambia, Mexico, Senegal and Sierra Leone get free TV exposure as fisheries heroes. Seaspiracy boosted these efforts fabulously with a sequence of Senegal’s customs officials aboard a Sea Shepherd ship as it made a dramatic raid on a likely illegal, unregulated Chinese fishing vessel.

Sea Shepherd has an anti-development agenda, which is not in line with those of the countries it purports to help. For example, Sea Shepherd is against all commercial fishing except ‘artisanal fishing by fishermen working from very small boats out of tiny ports in India, Africa‘. Hence, the formation of these incongruous partnerships should remind us that exploiting natural resources ought to be about lifting developing countries out of the poverty which makes them dependent on Western NGOs.

Sea Shepherd has offices in several countries and is controlled by its Board chairman, Paul Watson. The actress Pamela Anderson sits on its Advisory Board.