Let’s say that you shared a number of these traits and you were in search of what would be to you a rewarding career. Could you do much better than becoming an anti-fishing activist?

From the outside it appears as if the anti-fishing world is a world in which you can indulge your dislikes, inadequacies, frustrations and greed with impunity. And it appears as if the more effectively you do so, the greater your success in climbing the ENGO/foundation bureaucratic ladder.

When I was a lot younger and a lot more naïve I thought that anti-fishing activists were sincerely (though misguidedly) interested in the fish and in the fishermen, and that their goal was healthy fish and healthy fisheries. Their overriding concern with what they termed overfishing and their claimed aim of sustainable fisheries seemed, at least to the average unsophisticated and impressionable folks who are blind to what goes on under the ocean’s surface, sensible and to a limited extent defensible.

But, since “overfishing” is no longer considered to be a problem in U.S. waters, some members of the anti-fishing cadre are branching out with their campaigns in every imaginable direction. As long as it has to do with catching fish they are doing whatever they can to maintain and increase the anti-fishing momentum that they have built up, and they are doing so regardless of the cost of their efforts in terms of fishing community survival and personal economic hardship.

Emblematic of this is their purposeful confusion in the public’s collective eye of the term “sustainable,” a perfectly acceptable – though often unattainable because of anthropogenic or natural environmental perturbations – condition in which a natural harvest can be maintained year by year.

Generally sustainability is a good thing. Barring extenuating economic or social factors it is a goal that our fisheries managers should be and in fact have been striving for. Today, considering the fact that overfishing isn’t happening and the stocks aren’t being overfished in just about all of our major fisheries, one could term virtually all of our commercial fisheries sustainable (and the few that aren’t, exemplified by New England’s Atlantic cod, aren’t so not because of fishing but because of changing ocean conditions).

So the anti-fishing activists, and in all likelihood the foundations that sustain them, have been at work for years convincing the public and the pols that “sustainable” actually means something more in the neighborhood of “natural” or “undisturbed.”

Consider how ridiculous a concept that is. According to these people the world’s fisheries, which produce about a fifth of the animal protein that sustains humanity, are supposed to be conducted in a manner that has no impact on the “natural” environment. Consider the other major sources of animal protein: pigs, cattle, chicken and goats. Can you imagine any meaningful production (in terms of a world population of seven billion and still growing) of any of them without severe modifications of the environment? Yet our expectations have been raised to this level in our supposed quest for sustainable fisheries.

Why is this? We inarguably have more fish swimming around in our coastal and offshore waters than we have had in over a generation. We inarguably have a federal regulatory system for our fisheries that guarantees against overfishing and guarantees for sustainability. In spite of this, these activists aren’t moving on to other areas in ocean management where they can continue to exercise those abilities that made them – at least in their own minds – effective at solving the overfishing problems.

The ties joining these two bureaucracies today go back to the very earliest days of the Obama administration. In fact, Obama’s first inauguration was on January 20 of 2009 while on January 12-14 the Meridian Institute and the Monterrey Bay Aquarium held a workshop titled Setting Ocean Priorities for the New Administration and Congress.

From FishTruth.net, one of my websites (http://www.fishtruth.net/ObamaPriorities.htm): “The title says almost all you need to know. The participant list, after a little research, says all of the rest.

government is doing to fishermen in California is going to find any comfort in that – see http://www.fishtruth.net/MLPA.htm) and the other is from NOAA (ditto on a national level). Of the remaining three, one is from the travel and tourism industry, one is from the reinsurance industry and one is from the aquaculture industry. Oh yes, two participants are now in high leadership positions at NOAA.

All of the staff for the workshop are directly tied to funding from the four mega- foundations.

Is it any wonder that the Obama administration is completely out of touch with commercial, recreational and party/charter fishermen? All of the fisheries advice its members have been getting is being controlled by hundreds of millions of dollars’ worth of funding from four foundations with inarguable track records in putting fishermen of every stripe out of work and off the water.

It’s important to note here that Sally Yozell, who was with the Nature Conservancy at the time of the workshop, is now NOAA’s Director of Policy and Senior Advisor to the Under Secretary of Commerce for Oceans and Atmosphere (http://www.gulfbase.org/person/view.php?uid=syozell) and Monica Medina, then with Pew Environment Group, is now Principal Deputy Undersecretary for Oceans and Atmosphere at NOAA (http://www.noaa.gov/medina.html).

What a happy six years for so many of those folks who I characterized in the first paragraph! It doesn’t matter that overfishing in U.S. waters is no longer a concern. It doesn’t matter that increasing ocean temperatures are affecting the “sustainability” of our fisheries to a much greater extent that overfishing ever has. It doesn’t matter that they are increasingly focused on what are nothing more than token fishing issues like saving deepwater corals, saving forage fish, completely eliminating bycatch or protecting huge areas of natural ocean through Marine Protected Areas (which are generally protected only from fishing). The sum total is fewer fish landed and at greater cost to the fishermen every year.

Consider two current campaigns. One is to ban the sale of bluefin tuna in New York City. The activists who are politically pushing this ban know full well that thanks to years of stringent conservation measures by U.S. fishermen the bluefin tuna stock on our side of the Atlantic Ocean has recovered from overfishing and there is a healthy, well regulated and totally legal fishery for them. So their campaign has shifted to ban the sale of these fish in select markets. The other is to ban the possession or sale of shark fins on a state-by-state basis. Ostensibly this is to prevent the removal of fins from sharks at sea and the disposal/waste of the carcass. Again, the activists behind this campaign know that shark fins must be landed with carcasses by U.S. fishermen, that the fins are a part of every permitted shark fishery and that making it illegal to possess or sell the fins will do nothing more than take money out of permitted shark fishermen’s pockets. These are legitimate and sustainable fisheries and each is controlled by stringent and effective regulations. Yet this isn’t enough for the anti-fishing activists and that’s simply because they don’t have anything else to do.

Is it any wonder that 90% of the seafood consumed in the United States is imported?

The Associated Press just ran a report on a year-long investigation into slavery in foreign fisheries (Are slaves catching the fish you buy? by Robin McDowell, Margie Mason and Martha Mendoza at http://bigstory.ap.org/article/b9e0fc7155014ba78e07f1a022d90389/ap- investigation-are-slaves-catching-fish-you-buy). It’s kind of amazing but sadly understandable that when inhumane treatment of fishermen is taking place in countries that are apparently exporting fish to our domestic markets, and with our fisheries in such good shape, the ENGOs – and the mega foundations that are funding them? – remain so focused on our fisheries and our fishermen. Spending time at regional Fisheries Management Council meetings in places like San Diego, Seattle, New York City and Charlestown, is definitely much more enjoyable – and orders of magnitude safer – than documenting inhumane treatment of fishermen in Benjina, Indonesia. And it seems like it would be infinitely easier to steam roller small domestic fishing companies than to try to deal with major U.S. corporations (from the AP article: “tainted fish can wind up in the supply chains of some of America’s major grocery stores, such as Kroger, Albertsons and Safeway; the nation’s largest retailer, Wal-Mart; and the biggest food distributor, Sysco”).

Authors By ROBIN MCDOWELL, MARGIE MASON and MARTHA MENDOZA BENJINA, Indonesia (AP) — The Burmese slaves sat on the floor and stared through the rusty 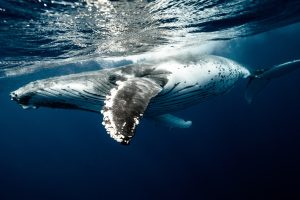 By J. Berney, IWMC World Conservation Trust. Foreword This paper has not been prepared as a contribution to the review of the CITES criteria for