By Emmanuel Koro. Originally published in The Chronicle.

It’s perhaps Africa’s most unique country where the adrenaline seeking international hunters, worldwide are going to hunt despite the Covid-19 pandemic travel bans.

They go there not only for the rare hunting experience but crucially to pay hunting fees that benefit both conservation and rural communities co-existing with wildlife.

With all other African countries having suspended international hunting because of Covid-19 travel bans, foreign hunters from different parts of the world are still going to hunt in Tanzania.

Tanzania offers some of the greatest dangerous game hunting safaris in Africa today. Since Kenya was closed to hunting in 1979, Tanzania has evolved into one of the most attractive Big Game hunting destinations in all of Africa.

The Tanzanian president John Magufuli was recently quoted saying that citizens of that country should avoid Covid-19 vaccines and the country doesn’t need a lockdown because God will protect his people.

“You know it was such a strange feeling because while the rest of Africa has closed off international hunting due to the Covid-19 pandemic, the Tanzanian President opened it up because he knows how important it is for the hunting communities,” said a South African cameraman with many years’ experience of filming foreign hunters in Africa, Mr Guy le Roux.

“They have not missed hunting. They have just continued as usual. In November 2020 I went to film the activities of an American hunter who hunted an elephant and other types of wildlife in Tanzania. I know that when the hunting season starts in June/July 2021 there is no question that they will be open again.”

Mr le Roux said that Tanzania “has always been popular with hunters and it’s still a paradise to hunt in.” He said that the country offers free range hunting in vast wilderness spaces.

A quick online check confirms that Tanzanian hunting safari companies have advertised hunting of all types of wildlife except the rhino, for the 2019-2020 and 2020-2021 hunting seasons.

Elephant hunting trophy exports from Tanzania into the USA are still banned by the USA Government. However, this didn’t stop the American hunter filmed by Mr le Roux, from having his elephant hunt experience of a lifetime in Tanzania. Although he left the elephant trophy in Tanzania, he took with him the memories captured in a professionally packaged video.

The ban on elephant trophy hunting exports from Tanzania into the USA was controversially imposed by the American Government in 2014 because of concerns that poaching, and mortality were outnumbering births.

Meanwhile, Mr le Roux said that the banning of elephant hunting trophies exports from Tanzania into the USA which is one of Africa and Tanzania’s biggest hunting markets “is a problem” because the elephant trophy fetches one of the biggest hunting incomes, ranging from US$60 000 to US$120 000, depending on trophy size and the number of hunting days.

“So taking away such big amounts of elephant hunting money from the community means less money for rural development and also less business for the local safari hunting companies,” said Mr le Roux.

The Deputy Commissioner Tourism and Business Services for Tanzania Wildlife Management Authority, Mr Imani Nkuwi said in a recent interview that the ban on Tanzania elephant trophy hunting exports into the USA had forced local hunting companies to “surrender” their hunting areas, leaving wildlife and its habitat unprotected.

Meanwhile, Mr le Roux said that in areas where hunting is still taking place in Tanzania, the revenue was being used to provide for the needs of Tanzanian rural communities co-existing with wildlife and settled right next to hunting areas.

“If these communities don’t benefit from hunting there is an immediate risk that they would then invade wilderness areas that provide habitat for wildlife and turn it into agricultural production land,” he warned. “Such a development would threaten wildlife with extinction as its wilderness habitat gets progressively destroyed by agricultural activities.”

“Safari hunting provides a valuable source of revenue for WMAs, especially in areas that are less attractive for photographic tourism. Having an abundance of animals to hunt is a direct benefit of conserving wildlife resources.

“The more wild animals the WMA manages and conserves, the more revenue it can generate. These are very tangible benefits and linkages that can be easily understood at the community level and are good incentives to reduce poaching and retaliatory killings of animals such as lions.”

Mr le Roux said that “there is a lot of poverty in rural Tanzania and where wildlife hunting is still taking place, it helps” address some of the people’s needs such as meat that is needed to boost their protein base.

“Hunting revenue is also being used to provide the needs for local schools and for general community socioeconomic development,” he said.

Mr le Roux noted that hunting benefits are being felt in all sectors of African countries involved with hunting.

For example, the residents of Zimbabwe’s Victoria Falls who are employed by hunting companies as trackers, drivers, cooks, professional hunters and accountants are impressively benefitting from hunting.

“Most of the people who stay in the Victoria Falls suburban houses are directly employed by safari hunting companies and some are employed by companies that directly benefit from the hunting business value-chain, including restaurants such as the Boma that is a very popular game-meat-eating outlet,” said a Victoria Falls-based Executive Director for Mosi Advocates on Social, Environmental and Conservation Trust, Mr Evans Makoni.

“Some of the bank managers and top government officials can hardly afford the houses whose stands were sold for US$22 000, but employees of hunting companies who include professional hunters, trackers, guides, drivers and chefs can.”

Mr le Roux said that the hunting benefits are not limited to habitat conservation and improvement of rural livelihoods. They start from the time one boards a plane to come to Africa, hires a taxi, sleeps in a hotel, eats in restaurants, hotels, makes transactions in the banks and bureau de changes, hires a car, buys food, clothes, souvenirs in different curio shops and roadside markets, hires taxidermists who make the hunting trophies, and when he/she ships her trophies back home.

The hunting benefits can also be traced in car parking lots where tips are given to local people for guarding and washing cars.

“The hunting industry is such an important part of the economies of African countries,” said Mr le Roux. “Its cross-cutting socioeconomic benefits need to be fully unpacked, so that the public can appreciate its conservation and development values.” 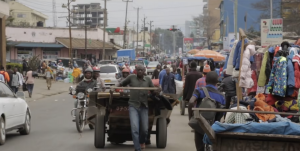 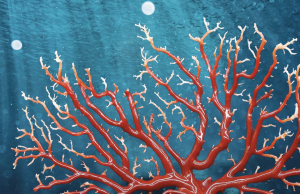