By Emmanuel Koro. Originally published on the THE CITIZEN NEWSPAPER.

Those who take rhino conservation very seriously must rethink if the UN Convention on International Trade in Endangered Species of Wild Fauna and Flora (CITES) international ban on rhino horn is really working.

About a week ago, eight rhinos were poached in iMfolozi Game Reserve in Kwazulu Natal and another in Hluhluwe. Then on Friday 19 May 2017) the South African Revenue Service (SARS) Customs Unit seized over seven kilogrammes of rhino horn at OR Tambo International Airport. The international ban in rhino horn is in force but rhinos are being poached. Such a sad reality of the 40- year-failure of international rhino horn trade ban to stop rhino poaching has continued.

Notably, this failure continues to unfold just about seven months after the 17th meeting of the Conference of the Parties (CoP17) CITES was held in October 2016 in South Africa with another endorsement for an international ban on rhino trade by CITES’ 180 member countries. Pro-rhino horn trade African countries that included Namibia, South Africa (with the world’s biggest rhino population), Swaziland and Zimbabwe opposed the CITES international rhino horn trade ban. Sadly, the international trade in rhino horn’s failure and futility to stop poaching has shamefully continued to unfold. In my view this failed experiment needs to be stopped. The implication is that the CITES needs to come up with another solution towards addressing the rhino horn poaching challenge.

The International Union for Conservation of Nature (IUCN) Species Survival Commission’s African Rhino Specialist Group (AfRSG) recently reported that the number of African rhinos killed by poachers had increased for the sixth year in a row with at least 1,338 rhinos killed by poachers across Africa in 2015. This is the highest level since the rhino poaching crisis began to increase in 2008. Since then, poachers have killed at least 5,940 African rhinos. This has continued to happen while the international ban on rhino horn ban is in place. Clearly, the CITES 40-year-old is an experiment that has gone wrong and should be discontinued.

Right now the rhino is not paying for its protection because of international rhino trade ban. If CITES grants international trade as an alternative, money generated from rhino horn trade would be used for rhino conservation. Currently, Africa is depending on tax payer’s money and a handful of donations to save its rhinos. By endorsing international trade in rhino horn and not significantly helping to pay for the costs to stop rhino poaching the Geneva-based CITES and its member countries that voted for the ban are exercising authority without responsibility over rhino conservation in Africa. They authorised the ban but cannot fund the costs of looking after rhino populations whose horns cannot be traded internationally to pay for their conservation.

Back home in most African countries, communities living side by side with rhinos have never been given ownership of rhinos. No wonder why they collaborate with poachers who can in one single week gun down big numbers of rhinos. What then is the solution to this rhino poaching crisis? There is need to incentivize rhino conservation by making poor rural communities, neighbouring rhino game reserves benefit from rhinos through tourism or trade. It is the neighbouring rural communities to rhino game reserves that can meaningfully help game rangers and security forces to meaningfully reduce rhinos poaching. It is a no brainer that poachers pass through these communities en route to rhino game reserves and the local residents would not cooperate with poachers if they were enjoying direct benefits from the rhinos. This conservation approach has been successfully used in countries such as Namibia; where rural residents are given ownership over their rhinos in Torra Conservancy for example.

Africa needs trade and not aid to conserve its rhinos, at a time when the 40-year international rhino horn trade ban has failed. Those with views to the contrary I challenge you to come out to debate this matter live and direct on African country television and radio stations.

Africa and its people and resources and rhinos in this particular instance; cannot continue to be experimented upon, with no tangible benefits. Who really owns Africa’s rhinos and their future? For how long can we continue not to act decisively and call a replacement of a CITES international rhino horn trade ban experiment that has failed dismally for 40 years? Somebody better do something out there, to stop another rhino conservation moment of madness when 180 CITES member countries meet at their next conference in Sri Lanka in 2019.

About the writer: Emmanuel Koro who writes in his personal capacity is a World Bank Award-winning environmental journalist based in Gauteng. E-mail: emmanuelkoro96@yahoo.com 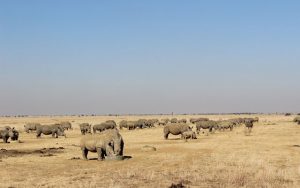 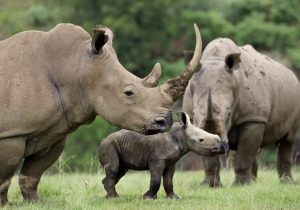