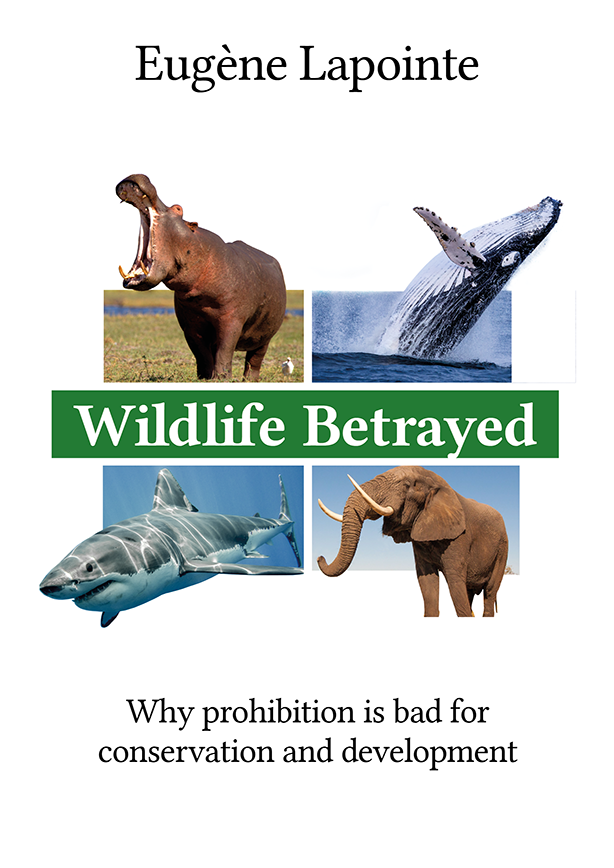 As I was completing Wildlife Betrayed, an article arrived in my inbox from several Listocratic NGOs rebuking a group of respected conservationists for urging CITES to ‘Think Before You Act’.55They were being criticised by the NGOs for arguing that CITES fails to do what other MEAs do, which is focus on assessing the consequences of proposed actions. CITES’ deliberations, the conservationists had said, take no account of the real-world complexities faced by rural communities who live alongside wildlife. Neither does CITES give IPLCs a formal voice in the decision-making process. Instead CITES adopts the simplistic assumption that trade prohibition will assist species conservation. To overcome this deficit, three improvements were proposed: “(1) development of a formal mechanism for consideration by Parties of the likely consequences of species listing decisions; (2) broadening of the range of criteria used to make listing decisions; and (3) amplification of the input of local communities living alongside wildlife in the listing process.”56(See also Wildlife Betrayed’s Taking Back Control chapter for additional suggestions).

But responding in Frontiers in Ecology and Evolution, the Listocrat NGOs said that they couldn’t imagine how Parties could ‘reasonably weigh scientific information against [socio] economic factors’ when considering the efficacy of proposed listings. According to them, if anything but scientific criteria were considered this would ‘make it even harder to list commercially valuable species on the CITES Appendices.’

They argued that deliberations and debates at CITES must confine themselves to assessing ‘sound science’ to the exclusion of other criteria.

It was amusing to hear the likes of World Conservation Society advertise their commitment to ensuring that CITES bases its deci- sions on ‘sound science’. Because that’s a commitment Listocrats betray, as we discussed above, whenever they cite the infinitely elastic ‘precautionary principle’. Especially with regards to sharks but also elephants and rhino. This inconsistency was manifest at CoP18. There, NGOs fought to include in Appendix II an estimated 20 million (up-to-four-meter-long) mako sharks (in defiance of the FAO’s recommendations), as well as more than one hundred thousand giraffes that also were not threatened by international trade.57

Usefully, however, the Listocratic rebuttal reminded everybody that CITES ‘should take into account potential impacts on the livelihoods of the poor’ (CITES, 2004); and that implementation is ‘better achieved with the engagement of rural communities’ (CITES, 2019). But they omitted to mention two details. First that these commitments remain rhetorical. Second, that they would be pointless exercises if the views of IPLCs were not embedded along with other socioeconomic criteria in the decision-making process. Thankfully, Cambodia, Eswatini, and Namibia have answered the conservationist call to amend the listing criteria at CoP19 (IWMC will be in full support).

Ensuring that Parties calibrate the impact of socioeconomic factors when considering listings in the Appendices is a mammoth task. But we need to force the issue. Because CITES cannot continue to indulge the ethos ‘never mind the consequences, celebrate the listing’. The record shows that CITES’ multiple failures are the result of its refusal to ‘Think Before it Acts’ about socio-economic complexities or to review and correct errors once they become transparent.

56 This group of experts consisted of, among others, leading representatives from Department of Zoology, University of Oxford, TRAFFIC International, International Institute for Environment and Development (IIED) and the Livelihoods Specialist Group, IUCN. See ‘Think Before You Act: Improving the Conservation Outcomes of CITES Listing Decisions’ https://www.frontiersin.org/articles/10.3389/ fevo.2021.631556/full Accessed 28/04/2022

57 The range states hosting giraffes opposed this listing. In so far as giraffes are in decline, the threats, as the experts pointed out to the outrage of the Listocrats, come not from international trade but from “habitat loss, civil unrest, illegal hunting for subsistence use of meat and hides, and ecological change (Muller et al., 2018).”